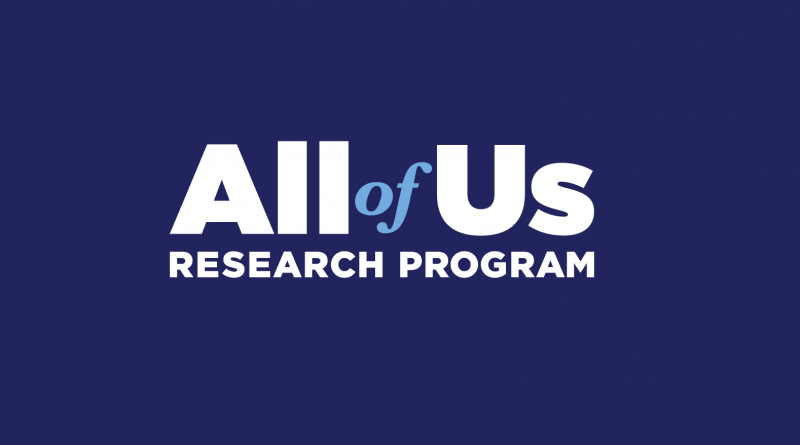 “I know the goodness of America is greater than the challenges we are facing.” —Yanira Cruz, DrPH., MPH., president and chief executive officer of the National Hispanic Council on Aging

Building trust in medical research is more than a mission for Yanira Cruz, DrPH., MPH., president and chief executive officer of the National Hispanic Council on Aging (NHCOA).

It is her calling.

When Dr. Cruz first learned about the National Institutes of Health’s All of Us Research Program in 2017, she immediately embraced the program’s overarching goals: building relationships with participants and researchers from diverse backgrounds to transform medicine from a one-size-fits-all approach to more individualized care.

“It was music to my ears,” Dr. Cruz said. “We know that there is very small representation of diverse populations in medical research. This could be one answer to the many challenges we are facing.”

During National Hispanic Heritage Month, Dr. Cruz is reminded of the intense conversations she has had with older Hispanic adults to explain the benefits of All of Us. As an immigrant from El Salvador who came to the U.S. as a child with her single mother, Dr. Cruz is well aware of the many challenges involved in resettling in the United States.

She knew that speaking about a government research program would require a measured, mindful tone, not just to overcome distrust in medical research but also to address concerns about broader issues affecting Hispanic immigrants.

“We had to start with addressing the bad history of medical research where subjects were abused and acknowledge that this was unacceptable,” Dr. Cruz said. She and her staff hosted listening sessions across the country, coordinating with local affiliated NHCOA organizations. “Fear is a word that came up a lot,” she said. “Not feeling safe, not feeling welcome.”

Adding to the challenge was the fact that some of the transgressions were not distant historical lessons but continued practices, such as the separation of families at the U.S.—Mexican border. The listening sessions gave her community an opportunity to voice concerns and also learn about the support services available through NHCOA.

“I think what helped us was the fact that we have a history of assisting the Hispanic community for 50 years,” Dr. Cruz said. This long-standing role of NHCOA helped cultivate the community’s trust and a willingness to listen.

Dr. Cruz also leaned on her expertise and professional training in public health to explain the basics of medical research. Through her leadership, NHCOA moved from general listening sessions to multiple in-person education events in Miami, Los Angeles, and other large cities and towns as All of Us launched national enrollment for the program in 2018.

“I saw this as my responsibility, my duty to lead with accurate, science-based information,” Dr. Cruz said. She emphasized providing information, not recruiting participants for the program. Dr. Cruz and her colleagues explained why it is important for older Hispanic adults and other communities to be represented in medical research, what participants receive in return for joining All of Us, and how the program has the potential to drive discoveries that improve health for future generations.

“I think with patience, with consistency and repetition, we were able to provide accurate information and get the message across,” Dr. Cruz said. “I am so pleased we were able to go through this process. I am very proud of the Hispanic population for sustaining, for listening, for enduring. It was empowering, and I believe this program will help us become healthier.”

Dr. Cruz’s path to science and leadership was sparked in Washington, D.C.’s diverse public schools. In 1982, when she was almost 10 years old, her mother, Elizabeth Cruz, brought her to D.C. from their homeland of El Salvador, where they had lived with her abuela, or grandmother, Maria Amaya de Cruz. Speaking only Spanish, young Yanira began at Oyster-Adams Bilingual School, where she quickly began to learn English.

“The bilingual education really helped me transition,” Dr. Cruz said. “It was such a blessing.”

Her high school experience was equally diverse and enriching. At Washington’s Woodrow Wilson High School, since renamed Jackson-Reed High School, teachers encouraged her academically. Classmates and friends from Africa, Asia, Europe, and Latin America were common in the cosmopolitan capital city, she said. After joining the school’s crew team as a teen, she learned a valuable lesson.

“I remember one day being on the boat and seeing all these different faces,” Dr. Cruz said. “I realized we were all together. The boat would only flow and go faster if we worked as a team.”

But it was her experience at Emmanuel College in Boston in 1991 that cultivated her interest in science. She later pursued her doctorate degree at the George Washington University School of Public Health as a single mom while working full time as director of the Institute for Hispanic Health at the National Council of La Raza, now UnidosUS.

Initially, Dr. Cruz was interested in adolescent and maternal health. Through her work with La Raza, she saw the impact of health disparities on the Hispanic community, particularly the rising rate of maternal mortality. Then, while completing her doctorate degree, she was approached by one of the founders of NHCOA, who was retiring and invited her to lead their organization.

Dr. Cruz began to think about the sacrifices her mother and grandmother made to provide for her education and well-being, as well as the health struggles these two formidable women in her life faced. This fueled her passion to focus on improving the lives of older Hispanic adults.

“My grandmother and mother have given me so much,” Dr. Cruz said. “It was time for me to give back.”

As Dr. Cruz witnessed the impact of the pandemic, coupled with the ongoing health problems associated with aging, she also drew strength from her Catholic upbringing, which instilled a deep faith in humanity.

“I know the goodness of America is greater than the challenges we are facing,” she said.

Dr. Cruz’s experiences as a young immigrant overcoming language barriers and succeeding academically continue to drive her commitment to serving others.

“I am so grateful for my education,” she said. “It is a key ingredient that helped me see beyond the turbulence, beyond the harshness that we sometimes see in our society. Science and knowledge help me gain energy and strength to lead.”

Interested in joining the All of Us Research Program? 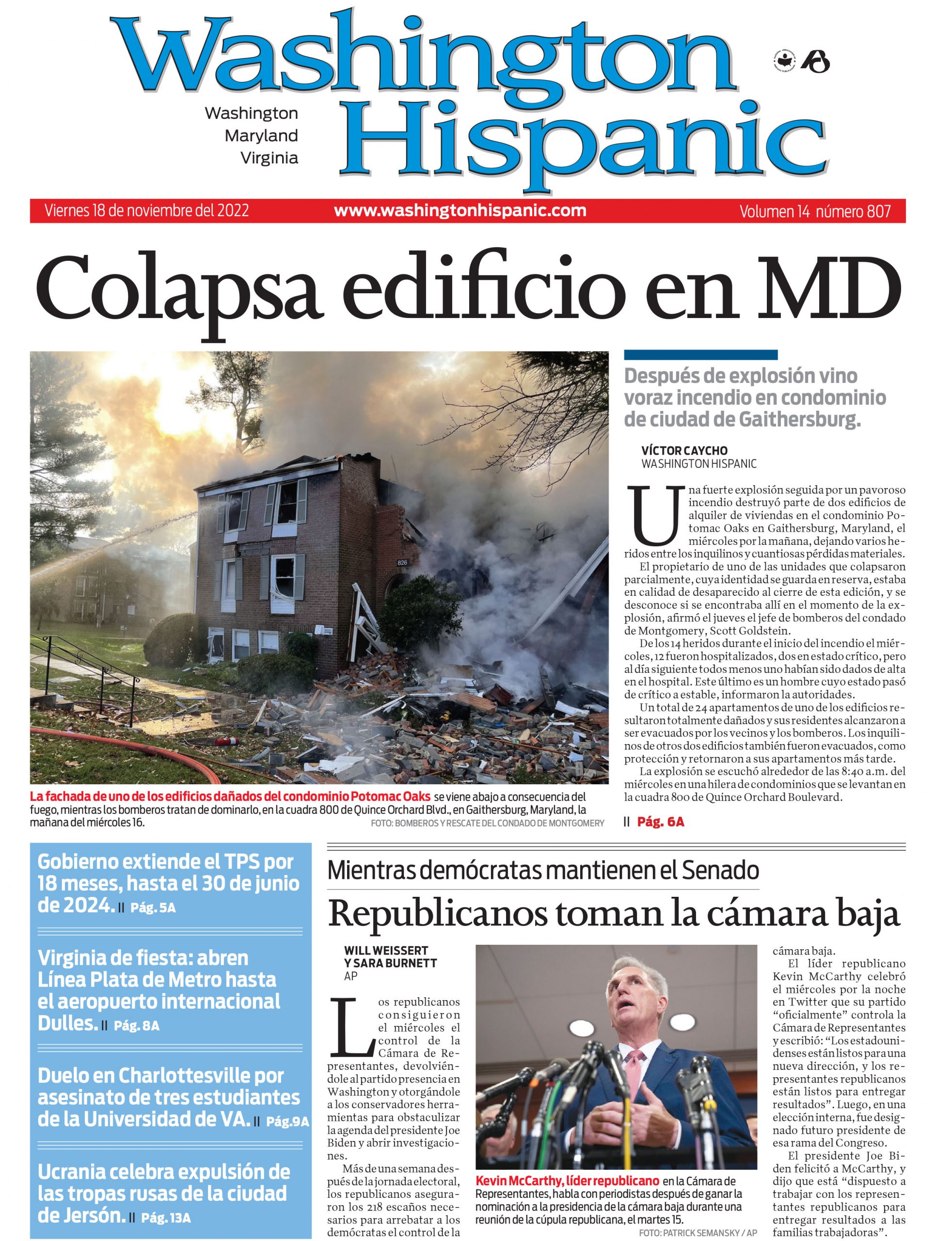